How Long Does Our 'Queen Victoria' Post Office Need to Rot?

Premier Keneally  (DT, 17/2) must be desperate for heritage good news or indeed, good news of any kind.

In June last year, as Planning minister, she announced in the media, the listing of the Queen Victoria Building and Luna Park on the State Heritage Register (SHR).

What difference does it make anyway?

Newcastle’s much loved former Post Office was listed on the SHR in 2000 and for a decade it’s been empty, neglected and vandalised. This State government and its heritage-heretic planning ministers have stood by and watched it rot, despite pleas for support from Novocastrians. How about some genuine heritage good news, rather than spin, Premier?

Keith Parsons.
at 10:16 AM No comments: Links to this post

Kookaburra sits in the old gum tree is our birth rite

The Larrikin Music people should be ashamed of themselves. They did not write the song, they simply exploit the 'right' in the work of the dead creator to punish people through the Law. Kookaburra sits in the old gum tree is a charming part of our Australian culture and it should be every Australian's birth rite to sing it in which ever form they like. Prime Minister Rudd should stand up against these Larrikins and sort them out!
at 5:18 AM No comments: Links to this post

I write as a citizen and ratepayer of Newcastle.

I note your continuing inability to speak or communicate directly with me.

As a citizen, a ratepayer, a voter and a fellow resident of New Lambton I respectfully ask that you advise me as to whether you personally support the General Manager's use of an exemption clause in State planning legislation that effectively prevents the people of Newcastle from having a say in their own affairs. Since I am aware that you are a busy person a simple yes or no answer signed off on by yourself by return email would suffice at this stage.

I advise that I am seeking urgent meetings with the Premier, the Leader of the Opposition and Sonja Hornery, our local MP, to call for a review of the General Manager's questionable interpretation of the Act concerned. I am seeking further legal advice to clarify what appears to be a significant ambiguity in the Act. I am also concerned about the constitutional underpinnings of the Act as interpreted by the General Manager of Newcastle City Council.

I believe that any legislation that is being interpreted in such a way as to deny the people a say in public affairs needs to be urgently reviewed and amended.

You are further advised that I am investigating the correct procedures as to how this matter within Newcastle City Council can be correctly and independently investigated. As Lord Mayor I seek your advice on the latter as a matter of urgency.

I am deeply concerned about the lack of transparency in the relationship between Newcastle City Council and the sports association involved. Yesterday, I was advised by a New Lambton business owner of an approach by a soccer association attempting to sell advertising space along residential fences in Novocastrian Park. If this advice proves to be correct, is this too supposedly allowed by virtue of the exemption clause?

Yesterday, I received a suggestion in New Lambton for a 'people power' style protest.

I am now working on the broadening of our initial Novocastrian media response to the State and national level.

I, and I suspect others, John, will go a long way to oppose a legislation, or the interpretation of a legislation, that appears to be unjust.  That being the case, I believe you must ask yourself just how far you and your fellow councillors are prepared to go to oppose the genuine democratic outrage of citizens who have elected you.

It would seem to me as a citizen of Australia an unwise course to darken our democracy to light up a park.

I can only urge that you call for an immediate halt to the development on Novocastrian Park immediately in the interests of justice for all Novocastrians.

I await your prompt response


Paul F Walsh OAM
Medal of the Order of Australia
Newcastle Citizen of the Year 2001
The Premier's Award for Community Service
Australian Reconciliation Award
at 11:50 PM No comments: Links to this post 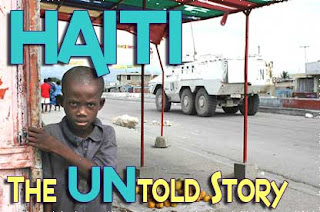 A fundraiser for the Haitian Emergency Relief Fund

A night of good food, music and drinks from the resistance centre's new bar with all proceeds going to the Haiti Emergency Relief Fund. Haiti needs our solidarity and support more than ever.

The Haiti Emergency Relief Fund is a grassroots organisation made up of labor unions, women’s groups, and human rights activists and has been directing aid to where it's most needed since its inception in 2004.

Stuart Munckton, co-editor of progressive newspaper Green Left Weekly, will be speaking about the history of exploitation that has made Haiti one of the poorest countries in the world but also its inspiring history of struggle.


Organised by the Socialist Alliance